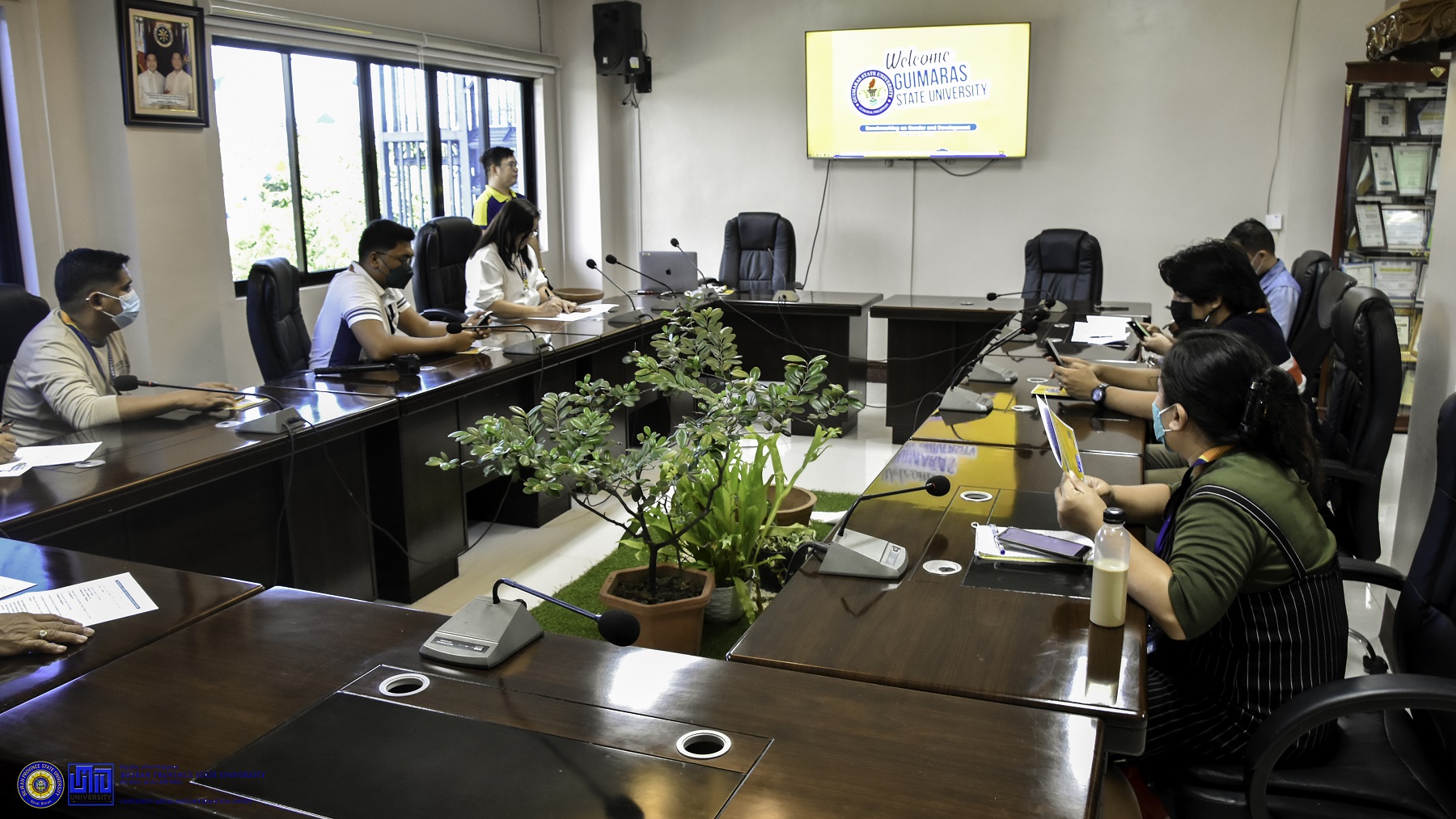 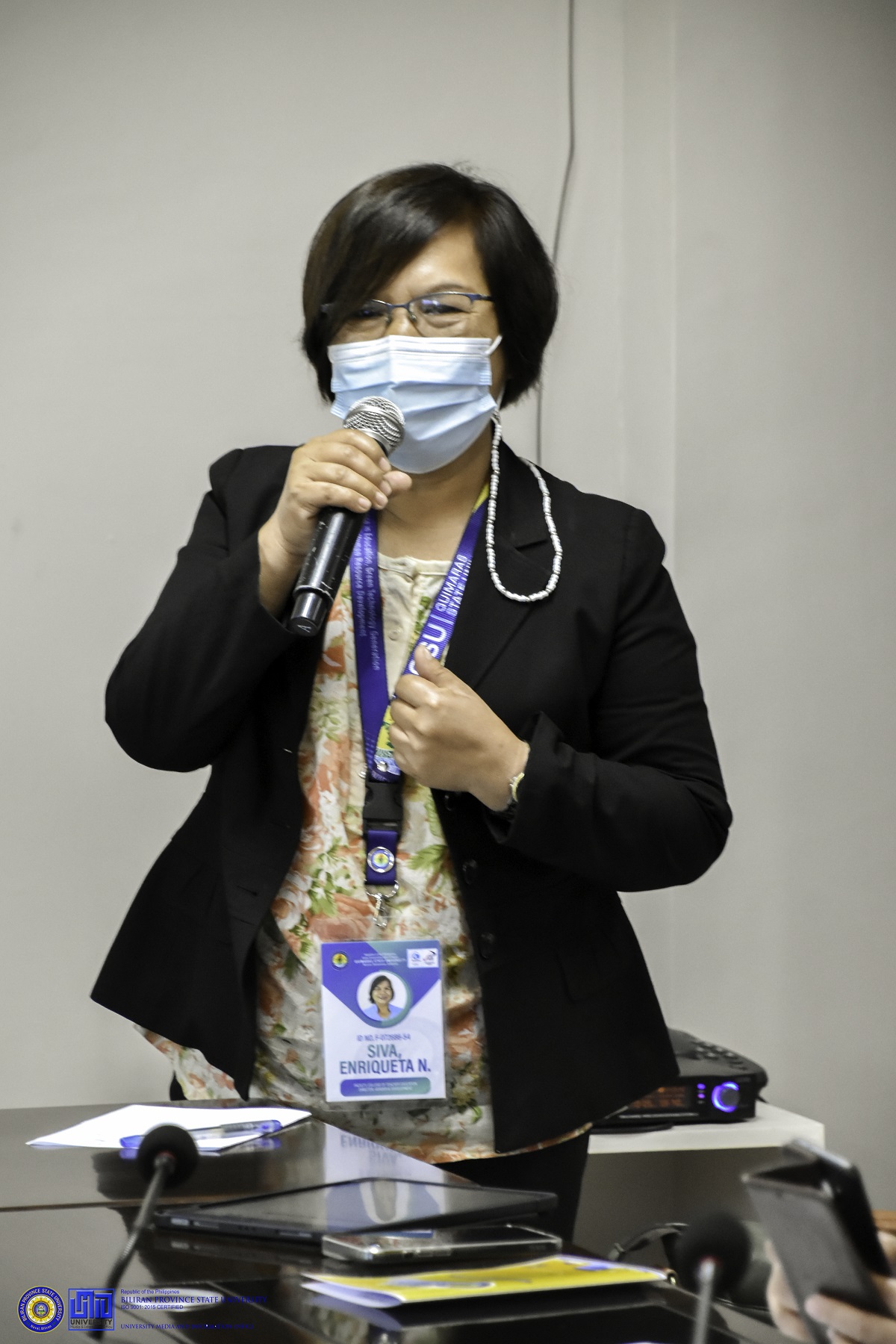 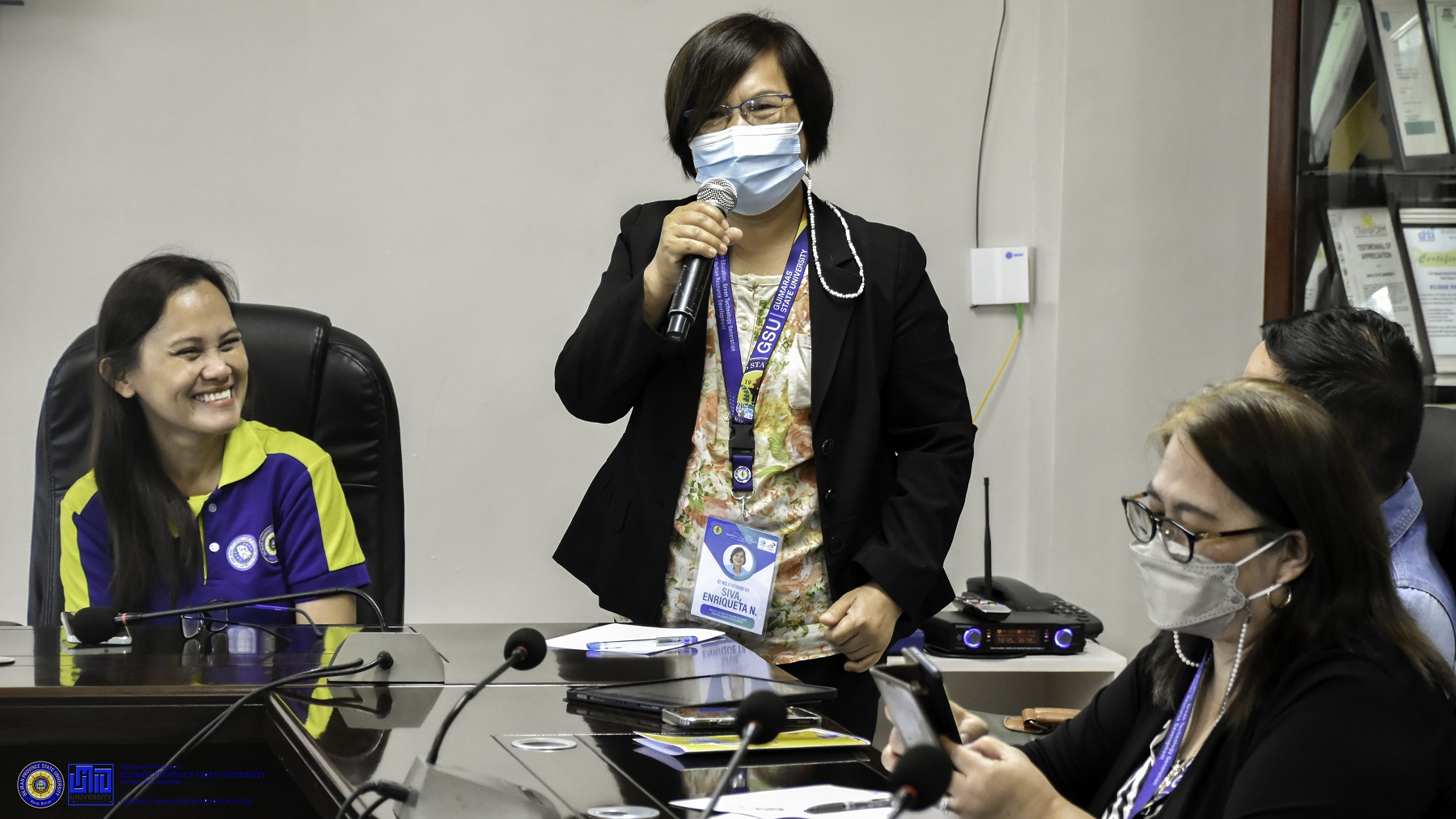 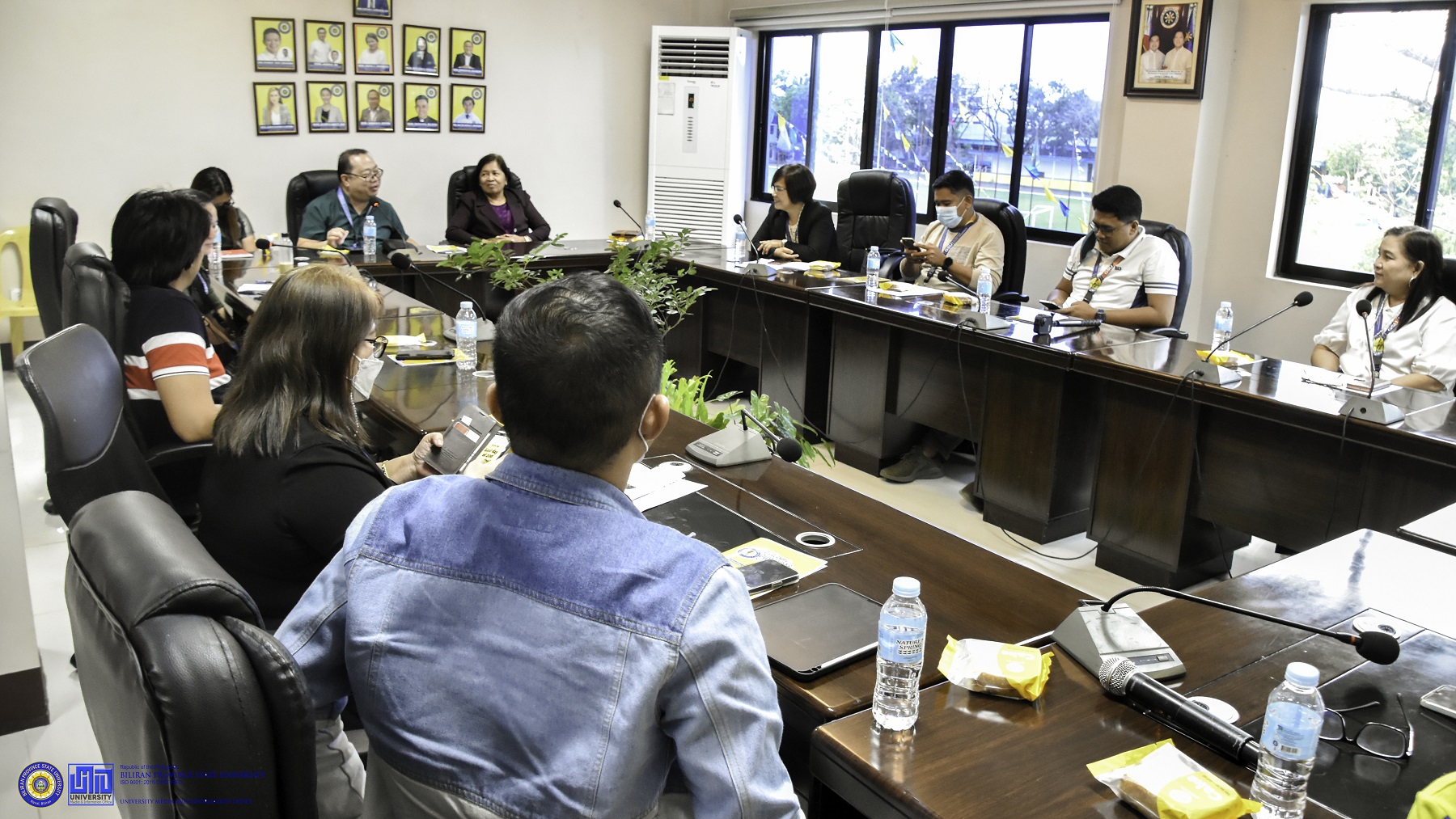 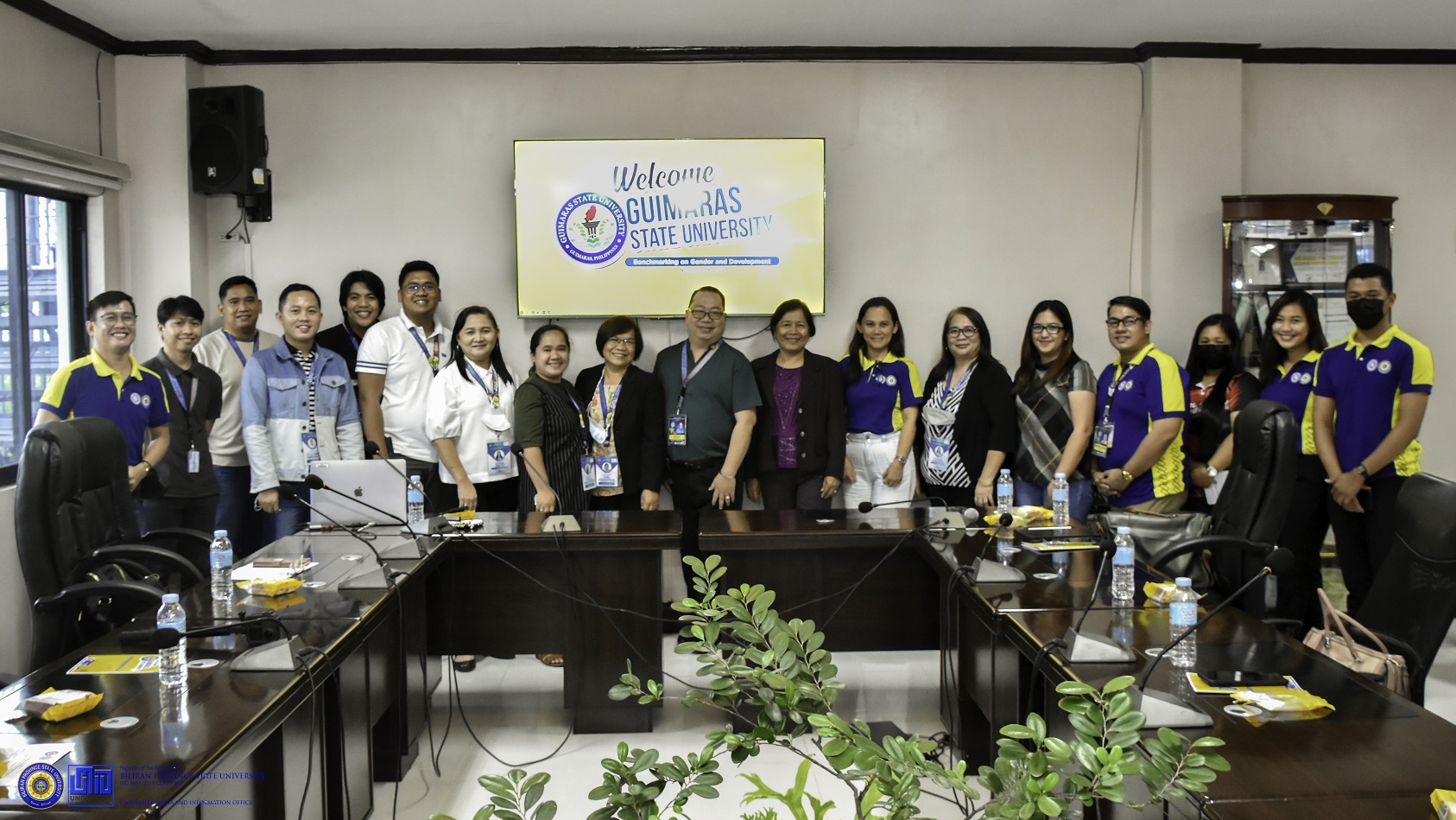 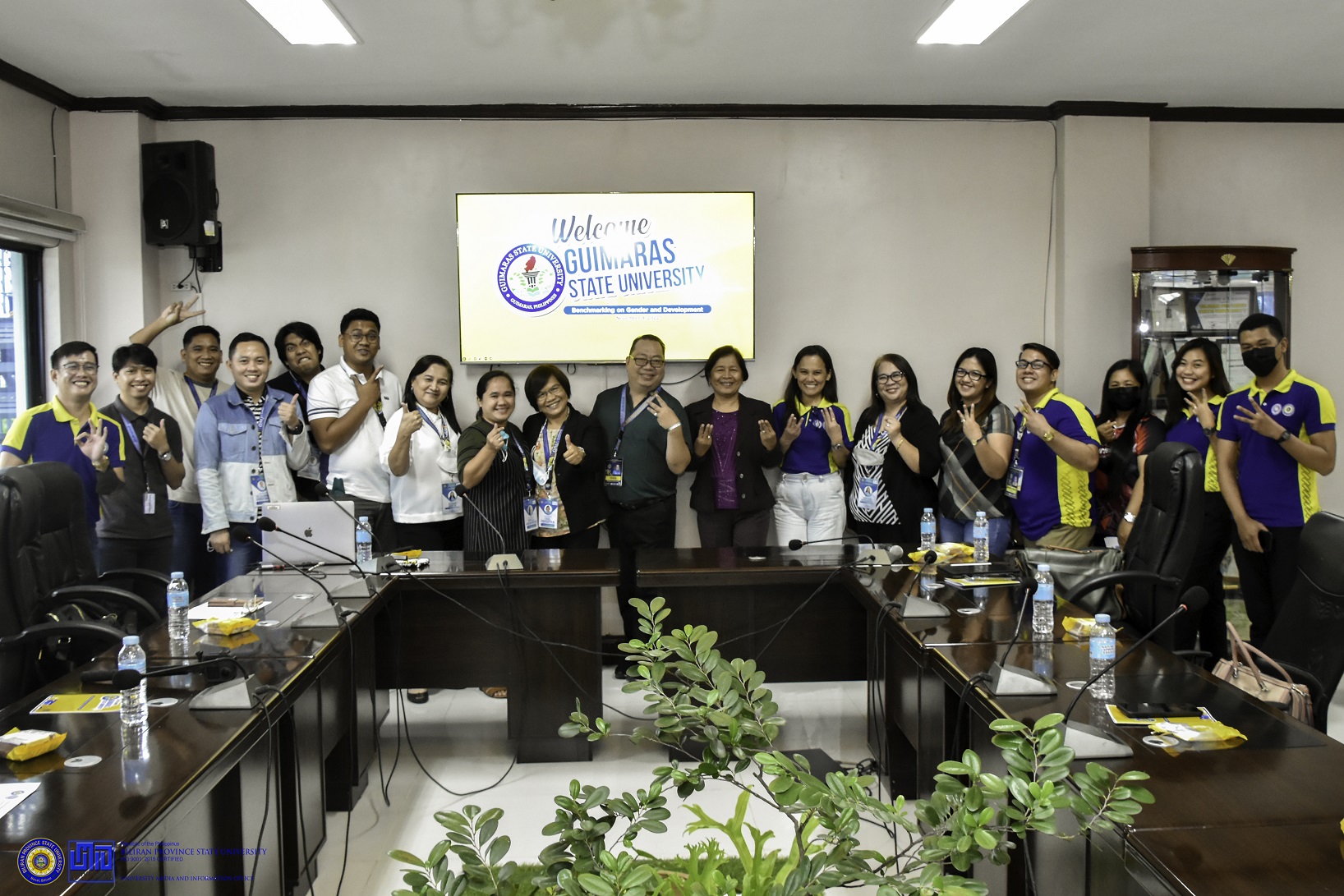 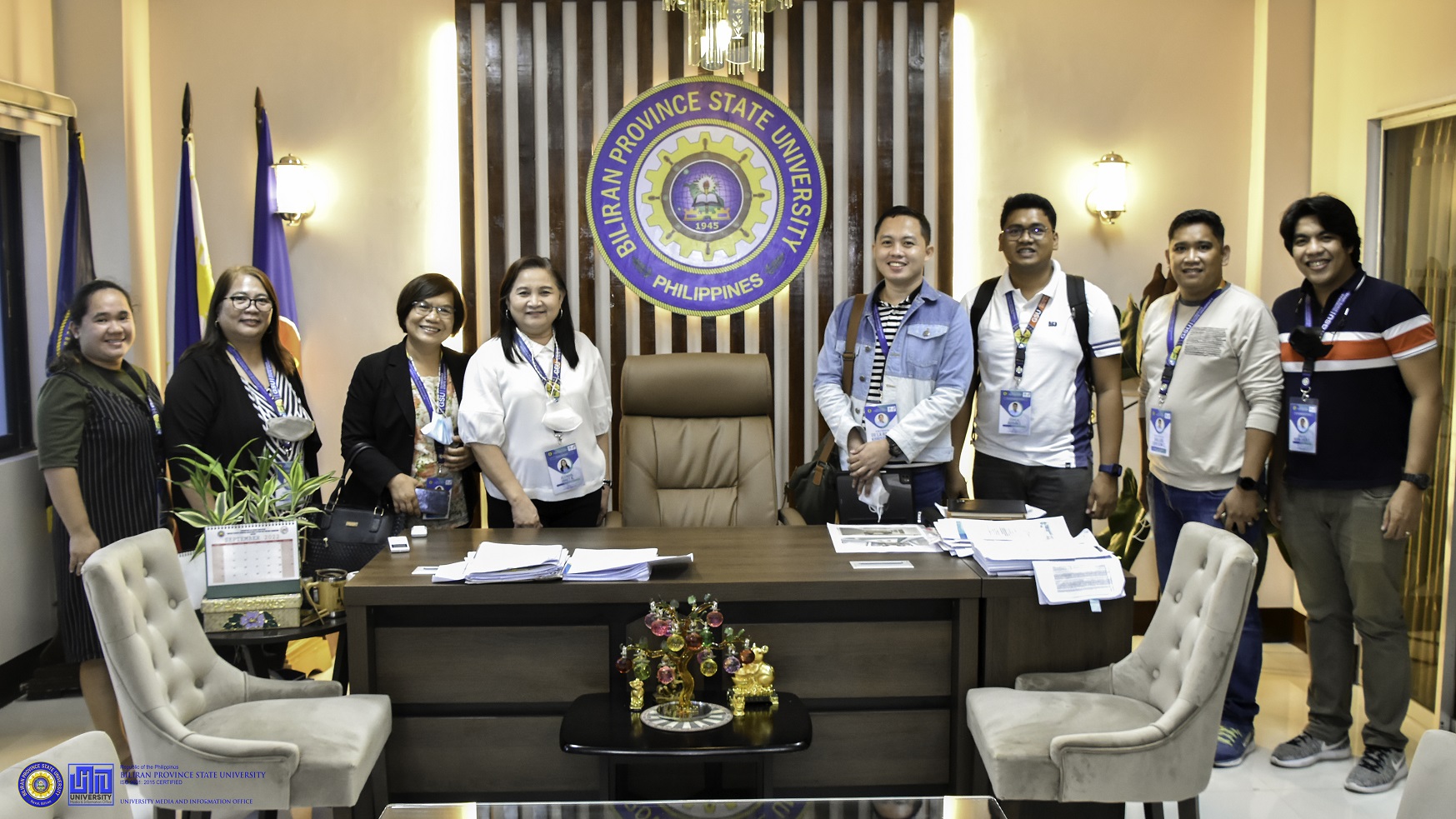 In her message, BiPSU Vice President for Academic Affairs Dr. Susan S. Bentor expressed her gratitude to GSU for selecting BiPSU on their benchmarking.

"This benchmarking activity proves that BiPSU's undertaking in achieving a gender-sensitive university for students and faculty is now existing," Dr. Bentor said.

Meanwhile, BiPSU-GAD Director Dr. Marianne Dagaylo-an highlighted one of the major milestones achieved by the office wherein it has achieved 17% of its annual budget.

Director of Gender and Development  Office, Dr. Enriqueta Siva expressed her gratitude to Biliran Province State University for the opportunity to benchmark its gender and development and said that all the input and advice won't be in vain.

"It is not just a WoW, but a million WoW for BiPSU. We are students here because we are learning a lot from you. Hopefully we can replicate everything we've learned from BiPSU to become a more gender-sensitive academic community for our students."

Moreover, a tour around the campus was conducted after the benchmarking. 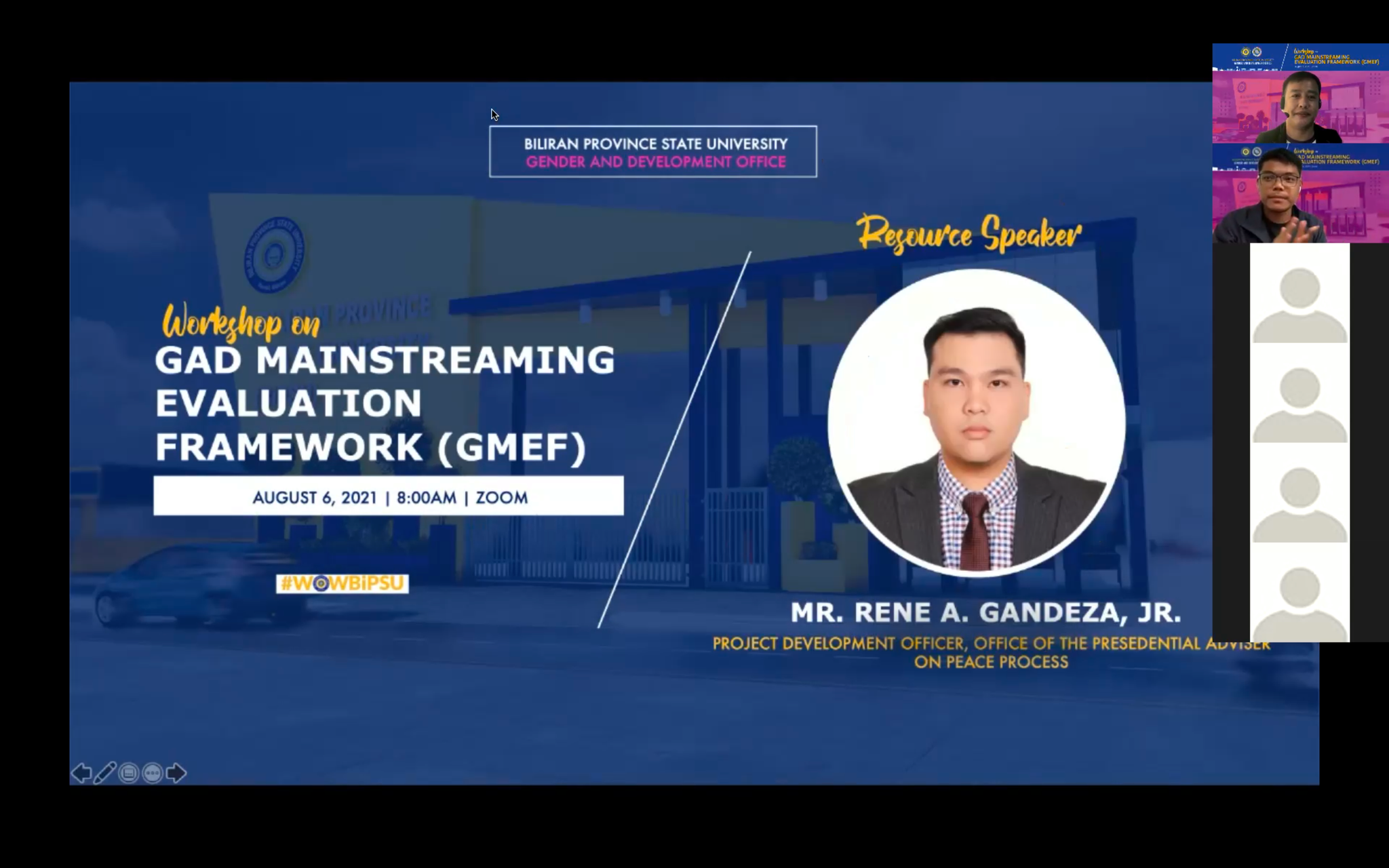 Aimed at assessing the level of gender mainstreaming efforts of the university in its policies, procedures, and programs, the Biliran Province State University, through the Gender and Development Office, initiated the GAD Mainstreaming Evaluation Framework (GMEF) last August 6 and 9 via Zoom. 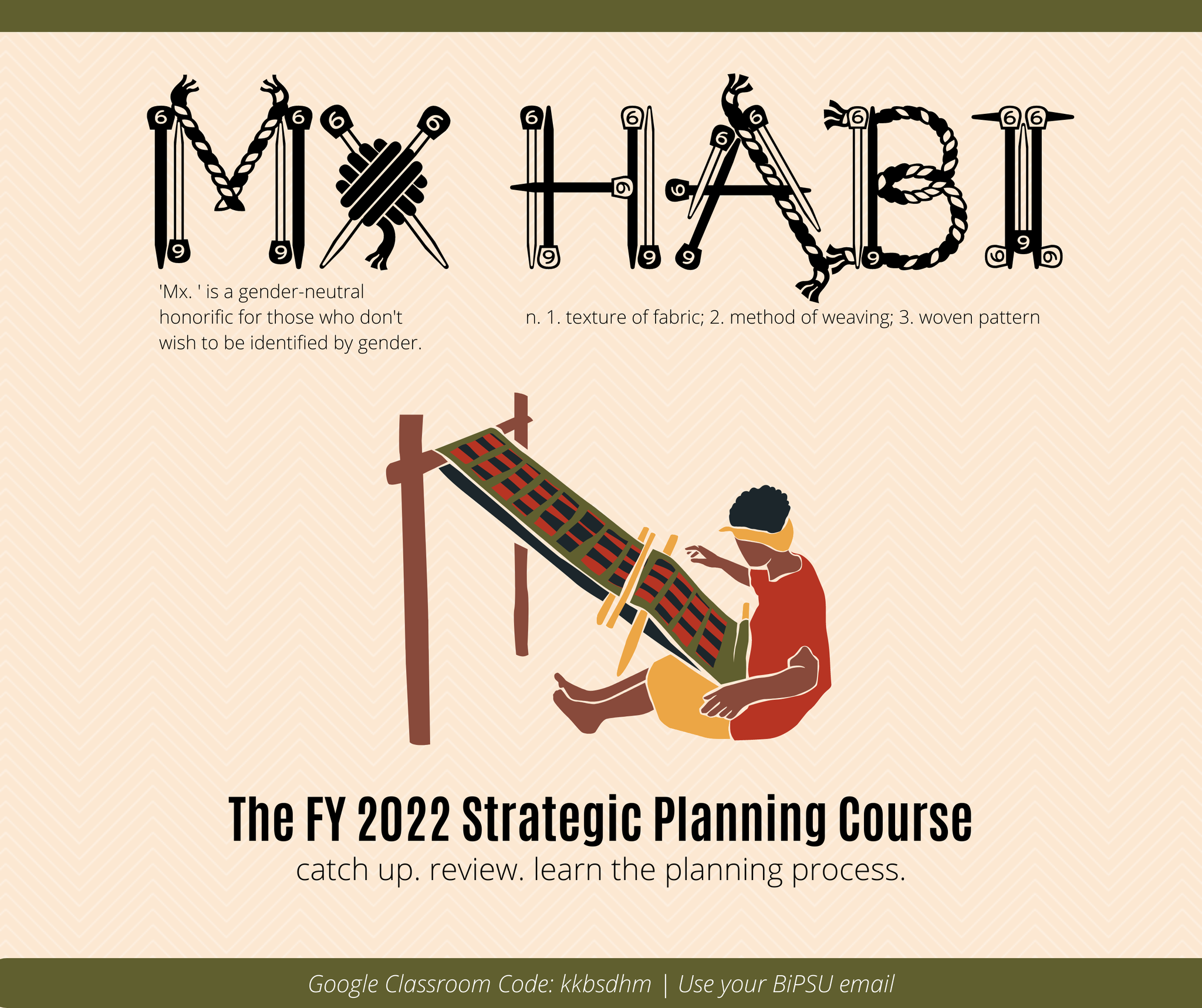 Get to know Mx. Habi, a Strategic Planning Course

The Institutional Planning Office (IPO) has launched "Mx. Habi," a learning platform designed to give those who missed our series of enrichment activities in the university's strategic planning process the opportunity to learn from the different learning sessions. "In the same vein, the course serves as an easy reference for those who completed the various talks and workshops yet are interested in reviewing them," Mr. Joedel O. Peñaranda, Director of Institutional Planning Office, shared. 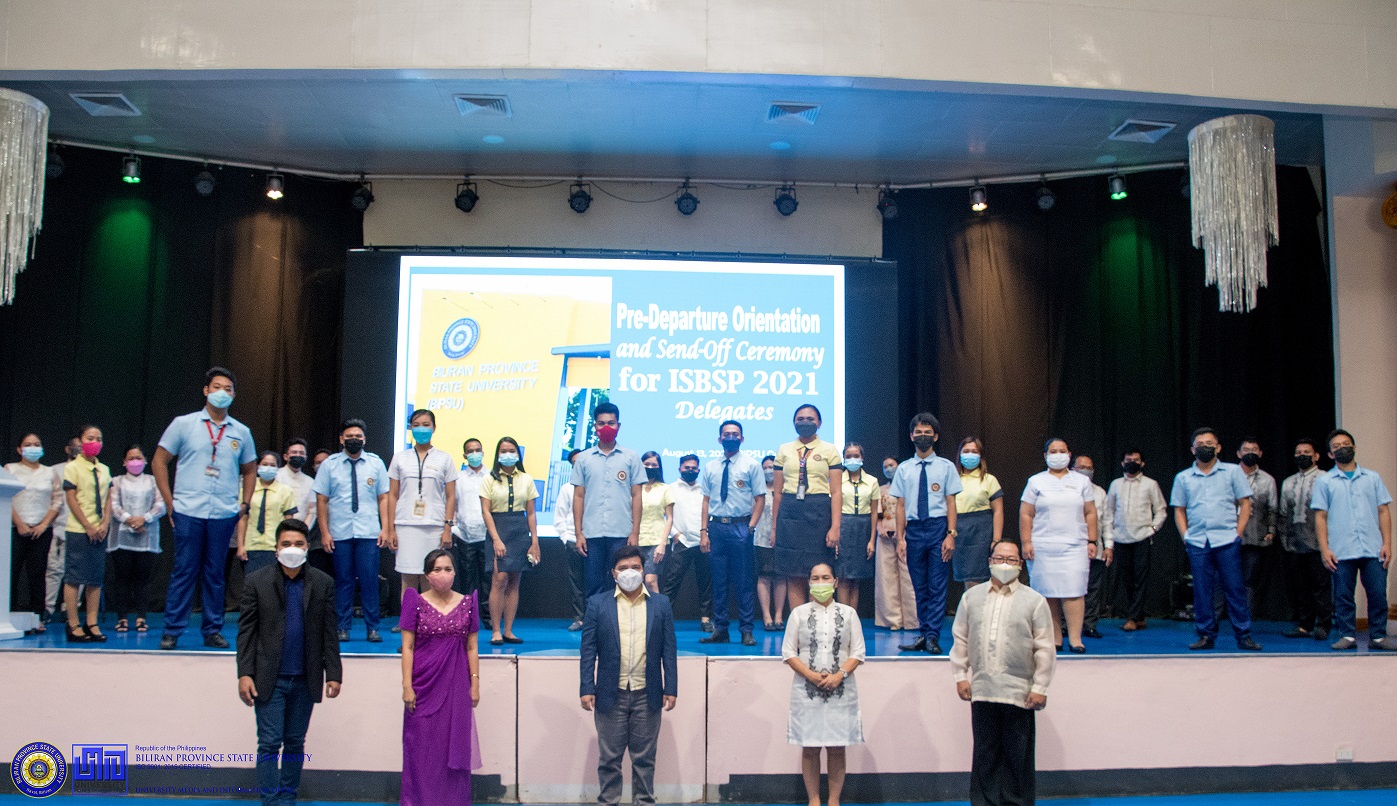 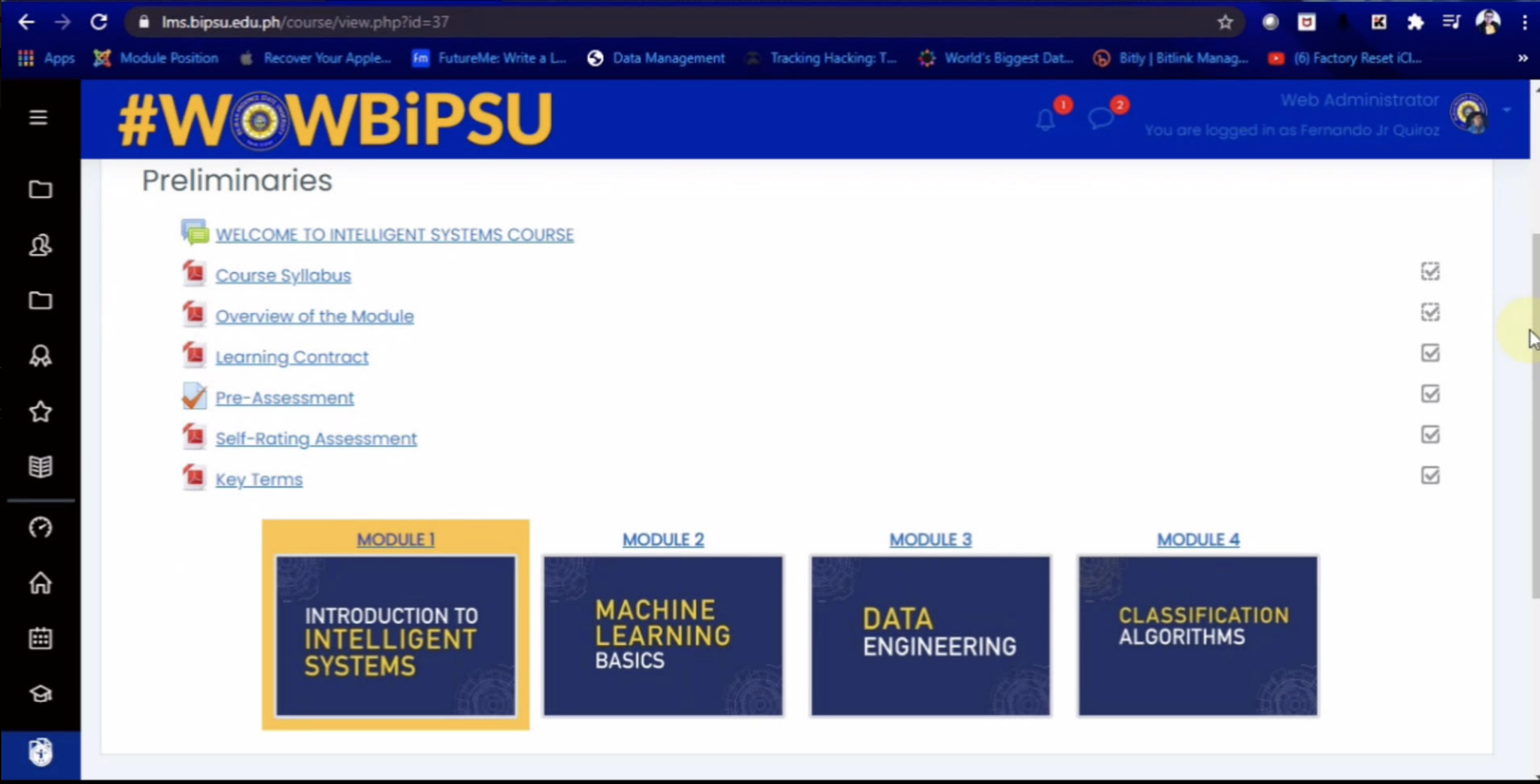 The COVID-19 pandemic has dealt a massive blow to how educational institutions deliver and facilitate learning. The traditional means of teaching and learning, which involve face-to-face classes, are no longer considered viable pedagogical approaches. This unprecedented reality has forced State Universities and Colleges (SUCs) to resort to what we now commonly hear, and others, unfortunately, misunderstand, "Flexible Learning (FL)"— an approach that employs a combination of digital and non-digital technology which does not necessarily require internet connection (Magsambol, 2021).

Copyright © 2023, Biliran Province State University.
We use cookies to ensure that we give you the best experience on our website.
I accept